“For observations at low temperatures of half-quantum vortices, time crystals and magnon Bose-Einstein condensation in superfluid 3He”.

Samuli Autti is currently working as a post-doctoral researcher at Lancaster University in the UK, where he was also a Wihuri Foundation (Finland) post-doctoral fellow in 2017-2019. He received his Ph.D. in physics from Aalto University in Finland in 2017. His research is focused on experiments at ultra-low temperatures, in particular on superfluid 3He. The major discoveries he has authored include the observation of half-quantum vortices in 3He, concluding four decades of investigations, and one of the very first implementations of time (quasi) crystals, emerging from a quasiparticle Bose-Einstein condensate. He is also known for exploiting and publicizing the conceptual connections between superfluid 3He and other, seemingly distant fields, such as particle physics and cosmology. “For observations at low temperatures of single-electron silicon qubits, graphene electron-optics, a quantum transistor, and confinement of charged excitons in transition metal dichalcogenides.”

Background information and previous Olli V. Lounasmaa Memorial Prize winners can be found on https://aalto.fi/ovl-memorial-prize. Since 2016, the Prize has been sponsored by Bluefors, the world’s leading manufacturer of ultra-low temperature refrigerators, and a spin-out of the Low Temperature Laboratory that was established by Lounasmaa in 1965.

Nominations and supporting letters should be sent (preferably electronically in .pdf format) to the Chair of the Prize Committee:

The deadline for the receipt of nominations and supporting letters is December 20, 2019.

A letter of nomination should include all of the following:

– The basis for the proposed prize.
– Citations to publications on which the nomination is based.
– An assessment of the impact to the low temperature community.
– Relevant biographical information, and current institutional affiliation.

Letters (no more than 4) from knowledgeable colleagues supporting the nomination are welcome and should be submitted along with the nomination material. 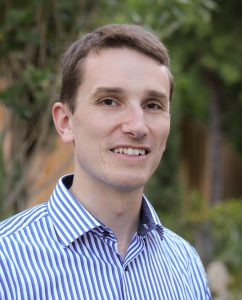 “For his pioneering development of low temperature measurement techniques, notably concerning the application of uniaxial stress, and his experiments on unconventional superconductivity”.

Clifford Hicks received his Ph.D. from Stanford University in 2009, investigating unconventional superconductors. The work involved using a scanning SQUID magnetometer to search for chiral edge states in Sr2RuO4, and the development of a new method, based on local measurements using a scanning SQUID susceptometer, for measuring the penetration depth of superconductors. For his postdoctoral work at the University of St Andrews, with Professor Andrew Mackenzie, he focused in part on transport and cantilever torque magnetometry on delafossite oxide metals. He also developed a piezoelectric-based uniaxial pressure cell, and applied it to study the superconductor Sr2RuO4. In 2014, Clifford joined the Max Planck Institute for Chemical Physics of Solids, Dresden, to lead a new research group, focusing on the effects of uniaxial pressure on unconventional superconductors and magnets, and further development of the technique. Remarkably it was shown that strain can double Tc of the unconventional superconductor Sr2RuO4. With two former students from St Andrews, he has also co-founded a company that has successfully commercialized piezoelectric-based pressure cells. “For his important contributions to two main areas of low temperature and nanoscale physics:  superconductivity in the edge modes of two-dimensional topological insulators; spin-dependent quantum transport in one-dimensional semiconductors with strong spin-orbit coupling”.

His results have elucidated key aspects of the electronic properties of these novel materials, which are candidates for quantum and classical information processing.

Vlad Pribiag received his Ph.D. in 2010 from Cornell University, investigating the magnetization dynamics magnetic vortices driven by spin-transfer torques. For his postdoctoral work at the Kavli Institute of Nanoscience Delft, he focused on quantum transport in low-dimensional materials with strong spin-orbit coupling, including single-spin dynamics in quantum dots and superconducting transport in 2D topological insulator devices. During this time he was the recipient of a VENI award from the Netherlands Organisation for Scientific Research. Dr. Pribiag then joined the School of Physics and Astronomy at the University of Minnesota in fall 2014. His current work focuses on the physics of nanoscale devices based on novel low-dimensional materials, such as 2D topological insulators, complex oxide interfaces, and semiconductor nanowires. He has recently been awarded a Sloan Fellowship (2017) and an NSF CAREER Award (2016).

The Olli V. Lounasmaa Memorial Prize 2016 was awarded to Professor Michel Devoret from the Yale University (New Haven, USA), for his pioneering investigations and applications of macroscopic quantum phenomena at low temperatures. The prize was announced on August 16th 2016 at the international Quantum Fluids and Solids conference QFS2016 in Praque, Czech Republic. 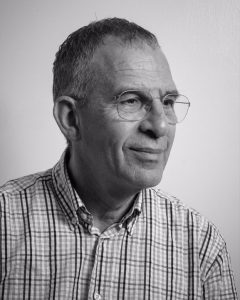 Michel H. Devoret was born in France. He graduated from Ecole Nationale Superieure des Telecommunications in Paris in 1975, and received his PhD from Paris University in 1982. For more than four decades he has pioneered the discovery, understanding and application of quantum phenomena revealed in the low temperature regime. His contributions to the field of quantum electronics have set the stage for major advances in our knowledge of, and control over macroscopic quantum devices and systems. His scientific and technological foundations in superconducting circuits hold great potential to emerge as a dominant technology for quantum computation.

The Olli V. Lounasmaa Prize Fund owes to the generosity of Kiti Müller and the members of Finnish Society of Sciences and Letters for the endowment of the revenues obtained upon publishing the Memoirs of Olli V. Lounasmaa.

Read more from the attached release.