Chao-Yang Lu obtained his Bachelor’s degree from the University of Science and Technology of China in 2004, and obtained his PhD in Physics from the Cavendish Laboratory, University of Cambridge in 2011. He was also a Junior Research Fellow of Churchill College. In Cavendish, he studied optical control of single electron spin confined in semiconductor quantum dots. Shortly after his PhD, he returned to China and became a Professor of Physics at the University of Science and Technology of China at his age of 28. His group currently focuses on quantum photonics, quantum computation, quantum communications, and quantum foundations. He has so far published more than 80 articles in journals including Reviews of Modern Physics, Nature and its research journals, Science, PNAS, and PRL, with 9000 google citations. His work on quantum teleportation of multiple degrees of freedom of a single photon was selected as by Physics World as “Breakthrough of the Year”. His work on single-photon sources, boson sampling, and astronomical-scale quantum interference were three times selected by Optics & Photonics News as “Optics in 2016, 2017, 2018”. He has been previously awarded OSA Fellow, Nature’s “Science Star of China”, Fresnel Prize, Newcomb Cleveland Prize, Nishina Asian Award, Xplorer prize, and Huangkun Prize on Semiconductor Physics. “For revolutionizing the way graphene has been employed and making major contributions to III-V photonic devices.”

Prof. Can Bayram is an Assistant Professor in the Department of Electrical and Computer Engineering of University of Illinois at Urbana-Champaign, IL, USA. He is an expert in III-V materials and photonic and electronic devices. He has performed more than 3,000+ epitaxial growths with metalorganic chemical vapor deposition (MOCVD) systems and fabricated detectors, light emitting diodes, solar cells, resonant tunneling diodes, and transistors in class 100 and 1000 cleanrooms totaling 20,000+ hrs. equipment usage. His current research interests lie in the intersection of novel III-V materials, hetero-structures, and photonic and electronic quantum devices. Particularly, his research group explores novel materials, devices, and their 3D hetero-integration on unconventional platforms such as graphene and silicon and investigates heat transport across/through semiconductors; efficiency droop mechanisms and remedies in AlInGaN emitters; and ultra-fast THz photonics/electronics.

Prof. Bayram worked as a Postdoctoral Research Scientist in the Silicon Technologies Division at the IBM Thomas J. Watson Research Center, Yorktown Heights, NY, USA from 2011 till 2014. His postdoctoral work at IBM on a novel means of thin film technology achieved record-breaking specific power solar cells and was featured on the cover of Advanced Energy Materials. He has – for the first time – integrated GaN-based devices on CMOS-compatible silicon substrates. This work was highlighted as the frontispiece in the Advanced Functional Materials issue. He demonstrated direct epitaxy of GaN on Graphene for the first time, as published in Nature Communications. “For her deep knowledge on photophysical properties and ultrafast light-induced dynamical processes”.

From 2012–2015, she has been a post-doctoral researcher at the Italian Institute of Technology (CNST@PoliMi) in Milan. In 2015 she joined the group of Prof. Nazeeruddin at EPFL, awarded with a Marie Skłodowska-Curie Fellowship. For her seminal contributions in the field of photophysics of hybrid perovskites, she received in october 2015 the prestigious National Award for Physics “EDISON, in memoria di Francesco Somaini” from the Edison Company & Alessandro Volta Foundation. Since 2016, she leads the PhysicsSolarLab at EPFL, aiming to address the fundamental physics behind advanced photovoltaic devices. In 2017, she was awarded with the Swiss Ambizione Energy Grant, which provides independent young researchers with up to 1 million CHF for leading innovative projects in the energy sector. Currently, she is also principal investigator of an European LaserLab project and co-manager of different Swiss projects with academic and industrial partners. She is author of more than 60 peer-reviewed scientific papers including a few in high-impact journals (more than 6000 overall citations) on the photophysical and optical properties of nano-structured semiconductors.

Giulia’s work focuses on the current scientific challenge of exploring the fundamental photophysical processes underlying the operation of advanced materials for optoelectronic application, with special attention to photovoltaics. She contributed with pioneering work to the understanding of the ultrafast interface physics that governs the operation of organic and hybrid perovskite solar cells. Examples include the visualization of the charge transfer and exciton dissociation dynamics involved in the photovoltaic action by developing state-of-the-art sub 10-fs ultrafast spectroscopy systems and the determination of the nature of the photoexcited species in hybrid perovskites and their dynamical evolution in the femtosecond/nanosecond timescale. Her works have been highly cited and recognized by the research community to be of utmost importance for guiding the development of efficient new generation solar technologies.

Giulia Grancini was awarded the IUPAP Young Scientist Prize in Optics 2017 for her “deep knowledge on photophysical properties and ultrafast light-induced dynamical processes”.

“For her outstanding contributions to nano-optics, nanophotonics, nanoplasmonics, and metamaterials.”

Laura Na Liu is Professor at the Kirchhoff Institute of Physics, University of Heidelberg, and Group Leader at the Max-Planck Institute for Intelligent Systems, Germany. She graduated with a BS in physics from Jilin University, China, and a MS in physics from the Hong Kong University of Science and Technology. She obtained her PhD in physics with “summa cum laude” from the University of Stuttgart, Germany, in 2009. In 2010, she was post-doc at the Lawrence Berkeley Lab, University of California, Berkeley, USA. In 2011–2012 she was Texas Instruments Visiting Professor at the Electrical Engineering Department of Rice University, Houston, TX, USA. Since 2012, she is the leader of the Smart Nanoplasmonics group at the Max Planck Institute for Intelligent Systems, Stuttgart, Germany, and in 2015 she became Full Professor at the Kirchhoff Institute of Physics of the University of Heidelberg. Her research group focuses on developing sophisticated and smart plasmonic nanostructures for gaining precise insight into cell biology and catalytic chemistry.

She has received multiple awards: between them a Chinese Government Award for outstanding students abroad in 2008. In 2012, she was awarded the Sofja Kovalevskaja Award of the Alexander von Humboldt Foundation, which provides young researchers with up to €1.5 million as risk capital for innovative projects at an early stage of their careers. Na Liu proposed to use nanoplasmonics to observe biological and chemical processes at the level of individual particles, by combining gold nanoparticles with DNA and observing the dynamics of chemical reactions with high-resolution microscopes. She was awarded the Elisabeth Schiemann-Kolleg Fellowship of the Max Planck Society and the Heinz Maier-Leibnitz Prize of the Deutsche Forschungsgemeinschaft (DFG) in 2013. In 2014, her project “dynamic nanoplasmonics” was awarded a Starting Grant (€1.5 million) of the European Research Council (ERC). During the International Year of Light, the European Optical Society (EOS), awarded her with the Light 2015 Young Woman in Photonics Award. 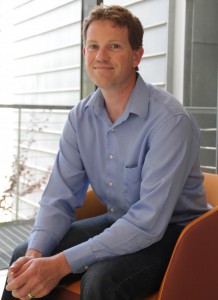 Prof. Frank Koppens obtained his PhD in experimental physics at the Kavli Institute of Nanoscience, The Netherlands.  After a postdoctoral fellowship at Harvard University, since August 2010, Koppens is a group leader at the Institute of Photonic Sciences (ICFO). He has received the Christiaan Hugyensprijs 2012, the ERC award as well as two ERC proof-of-concept awards. Prof. Koppens is leader of the optoelectronics workpackage of the graphene flagship (1B€  project for 10 years). Since 2015, Koppens is also holder of an ICREA professorship.

The quantum nano-optoelectronics group of Prof. Koppens focuses on both science and technology of novel two-dimensional materials.  The goal of current projects is to study the interactions between light, plasmons and electrons in graphene and 2d materials, at ultra-fast timescales and  nano-scale lengthscales. The group also develops devices with applications for wearables, sensing, photodetection, infrared imaging, power conversion and nano-scale light processing and switching.