TO THE ASTROPARTICLE COMMUNITY: 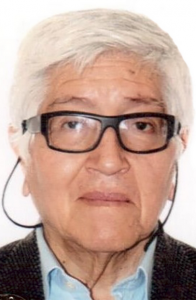 It is our sad duty to inform you that on 8 April 2018, one of the outstanding scientist of our field of cosmic ray physics, Prof. Oscar Saavedra passed away in Torino, Italy.

Prof. Oscar Saavedra San Martin was born in La Paz, Bolivia, in 1940 and passed away on 8 April 2018. As a young boy his dream was to be a medical researcher. But by the age of 15, he began to be fascinated by the skies and volunteered to help out at the Bolivian Mount Chacaltaya Observatory every day after school. Oscar left Bolivia for Italy to complete his studies in Physics and, after graduating, returned to his beloved country. At the age of 25, he was already the Director of the Cosmic Ray Physics Laboratory at Mount Chacaltaya. After three years he decided to go back to Italy and joined the Torino cosmic ray group, led by Prof. Carlo Castagnoli, that was leading in high-altitude cosmic ray observations at the time. Afterwards he rose to became a professor at the University of Torino, where he spent the rest of his professional life.

He was member of the IUPAP commission C4 from 1996 to 2002. Prof. Saavedra devoted his scientific career to the study of neutrinos and cosmic rays deep underground and in high altitude experiments. He was a co-leader of the Italian-Russian Mont Blanc Liquid Scintillator detector that was aiming to study the neutrinos from Supernova explosions. Following the detection of a signal from the Supernova SN1987a, he was awarded the prestigious 2007 Markov Prize by the Institute for Nuclear Research of the Russian Academy of Sciences. Besides his involvement in several other cosmic rays experiments, collaborating with scientists of many different countries, Oscar was the founder and the soul of the School on Cosmic Rays and Astrophysics, which aimed at giving budding South American youngsters an opportunity to attend an international school and increase their interest and future prospects in this field. He also led the International Emulsion Chamber Committee which is responsible for the highly successful series of IUPAP sponsored conferences “International Symposium on Very High Energy Interactions (ISVHECRI)”, the 20th edition of which will be held in Nagoya, Japan during 21-25 May 2018. With his love and enthusiasm for science, for motivating and educating promising youngsters in Bolivia, and in Latin America, Oscar had become a source of joy and inspiration for everybody around him. His warm personality and infectious enthusiasm for science will be sorely missed by everyone who knew him.