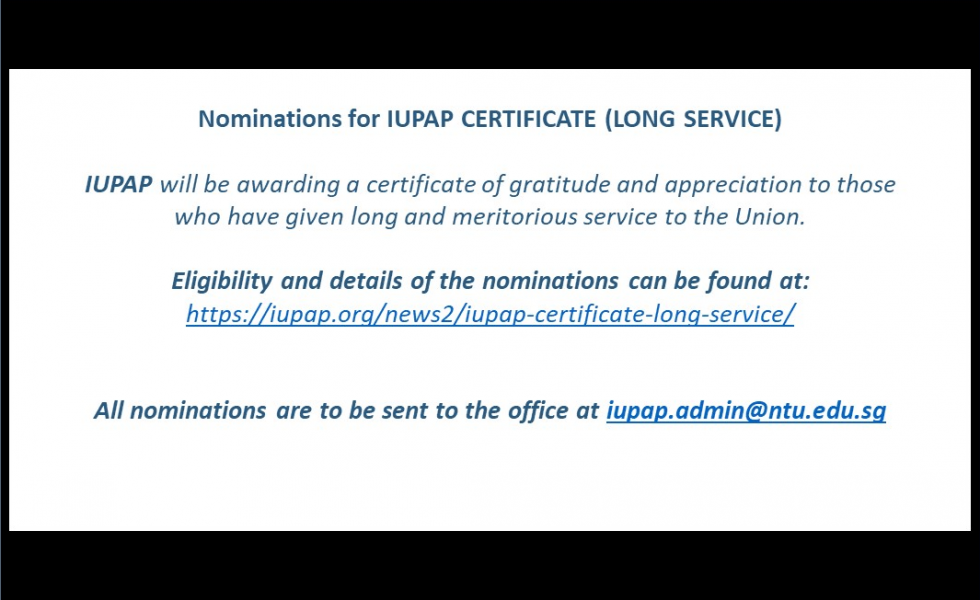 It was proposed and approved at the C&CC meeting that IUPAP will award a certificate of gratitude and appreciation to those who have given long and meritorious service* to the Union, but have not been a President of IUPAP or a Chair of a Commission or Working Group.

The reasons why Presidents or Chairs of Commission and Working Groups were excluded are:

*Long service, is defined to be more
than 9 years of service. Meritorious service is service recognised by the IUPAP
Executive Council as having significantly helped IUPAP to achieve and sustain
its mission.

We would like to call for nominations
for this IUPAP Certificate (Long Service).  Kindly include in the
nomination:

All nominations should be complete and emailed to the IUPAP Secretariat office at: iupap.admin@ntu.edu.sg