“For his outstanding contributions to gravitational-wave astrophysics, including new tests of general relativity”

Davide Gerosa was awarded the 2020 Young Scientist Prize in General Relativity and Gravitation For his outstanding contributions to gravitational-wave astrophysics, including new tests of general relativity “For his insightful and broad contributions to the physics of gravitational waves, neutron stars, and experimental gravitation”

Kent Yagi was awarded the 2019 Young Scientist Prize in General Relativity and Gravitation for his insightful and broad contributions to the physics of gravitational waves, neutron stars, and experimental gravitation

Kent Yagi received his PhD from Kyoto University in 2012. As a graduate student, he worked on testing General Relativity with gravitational waves, in particular using space-borne detectors. After receiving his PhD, he became a postdoctoral researcher at Montana State University (2012-2015). While continuing to work on the experimental gravity frontier, he started studying neutron star physics. He and Nicolas Yunes (the 2015 Young Scientist Prize winner) discovered the universal I-Love-Q relations for neutron stars and a few other similar relations, which have recently been applied by the LIGO-Virgo Collaboration for probing nuclear physics from the binary neutron star merger event. Yagi then became a postdoctoral researcher at Princeton University (2015-2017). Yagi, Yunes and Frans Pretorius used the first gravitational wave event to reveal how well one can probe fundamental aspects of General Relativity, including the equivalence principle and Lorentz invariance.

In August 2017, Yagi joined the Physics Department at the University of Virginia as an assistant professor. He is currently leading a group of ~10 members. His latest work with students include measuring nuclear parameters with gravitational waves and probing strong gravity with black hole / pulsar binaries. He has close collaborations with researchers not only within the Physics Department (such as a string theorist, high energy physicists and a nuclear theorist), but also in the Astronomy Department and National Radio Astronomy Observatory. He occasionally hosts joint colloquiums among these Departments and the Observatory to enhance the interaction among them.

Yagi has received several distinctions including the MSU Outstanding Staff Award and the JSPS Fellowships. He will serve as a Sloan Fellow from September 2019. 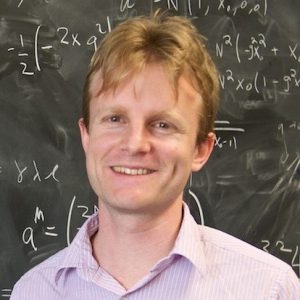 Samuel E. Gralla is awarded the 2018 IUPAP Young Scientist Prize in General Relativity and Gravitation for his exceptional and broadly varied contributions to general relativity and relativistic astrophysics

Sam Gralla received his Ph.D from the University of Chicago in 2011 and held postdoctoral appointments at Maryland (2011-2014) and Harvard (2014-2015) before joining the faculty of the University of Arizona in Fall 2015.  His early work focused on the motion of small bodies in general relativity and other classical field theories, including foundational work on self-force effects relevant for gravitational-wave astronomy.  He has since branched into two main directions: the use of spacetime techniques to model strong-field plasma dynamics near neutron stars and black holes, and theoretical studies of extremal black holes and their observational signatures.  Recent highlights include the discovery of unique gravitational-wave and electromagnetic signatures of rapidly rotating black holes.

Gralla was the recipient of an Einstein fellowship in 2011 and has been awarded an NSF CAREER grant to begin in 2018.  Gralla is also known as a superb communicator, having received three speaking awards as a student, including the Hartle prize awarded by this commission.  A video recording of his 2017 lecture “Rethinking Reality: Space, Time, and Gravity” [link: https://www.youtube.com/watch?v=Dn33_ySzB-w&t=1795s] has been viewed more than 100,000 times in its first year on YouTube. 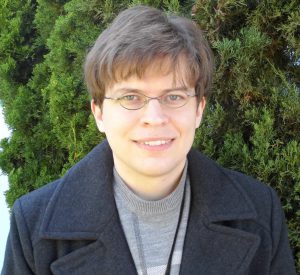 Aron Wall is awarded the 2017 Young Scientist Prize in General Relativity and Gravitation for his fundamental contributions to our understanding of gravitational entropy and the generalized second law of thermodynamics.

After studying Great Books at St. John’s College in Santa Fe, Aron Wall continued his studies in theoretical physis with Ted Jacobson at the University of Maryland, where he received his PhD in 2011.  His thesis, a proof that black holes obey the second law of thermodynamics when coupled to quantum fields, was awarded the 2013 Bergmann-Wheeler Thesis Prize from the International Society on General Relativity and Gravitation.  As a Simons Postdoctoral Fellow at the University of California, Santa Barbara, Wall broadened his research efforts toward the holographic principle, and showed, most notably, that the holographic entanglement entropy satisfies a quantum information inequality known as “Strong Subadditivity”.

In 2014, Wall became a Member of the Institute for Advanced Study (Princeton), where he was able to resolve some long-standing conceptional problems concerning black hole entropy.  He constructed an increasing entropy formula for all possible higher curvature modifications to Einstein gravity.  With William Donnelly, he gave a statistical-mechanical explanation for a puzzling effect whereby electromagnetic fields seemingly contribute negatively to the entropy of a black hole.  He also spearheaded a new research program on a conjectured lower bound on the quantum stress-energy tensor, and proved the conjecture for a broad class of theories.  These results have potential applications in high-energy and condensed-matter physics.

In August 2017, Wall expects to join the Stanford Institute for Theoretical Physics for a third postdoctoral position.  He explains physics and theology in his personal blog: Undivided Looking. 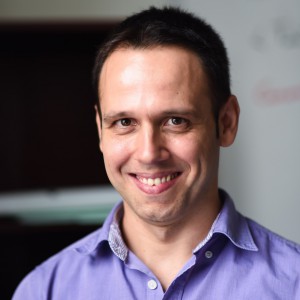 Ivan Agullo was awarded the 2016 Young Scientist Prize in General Relativity and Gravitation  for his outstanding contributions to the physics of the early universe and possible observational consequences of quantum gravity.

Ivan Agullo received his PhD from the University of Valencia, Spain, in 2009. As a graduate student his work focused on the application of quantum field theory in curved spacetimes and quantum gravity to the physics of black holes and the early universe. During that time he expended extended periods in the University of Chicago and the University of Maryland. After receiving his PhD, Ivan worked as a postdoctoral researched in the University of Wisconsin-Milwaukee (2009-2010) and Penn State (2010-2012), and in 2012 joined the UnIversity of Cambridge in the UK as a Marie Curie Fellow. In 2013 he became Assistant Profesor of Physics at Louisiana State University, where he continues investigating the relation of quantum mechanics and gravitation and its phenomenological consequences in the early universe.
Ivan revived the first award in the Gravity Research Foundation essay competition in 2011, the Young Researcher in Theoretical Physics Award from the Royal Spanish Physics Society 2011, and a NSF CAREER award in 2016. Nicolas Yunes received his PhD from the The Pennsylvania State University in 2008. As a graduate student, his work focused on the initial value problem for compact binaries in general relativity, and on experimental relativity with gravitational waves. As a Research Associate at Princeton University with Frans Pretorius (2009-2010), he developed the parameterized post-Einsteinian formalism to test general relativity with gravitational waves, and the first approximate solutions for spinning black holes in gravitational parity violating theories. As an Einstein Fellow at the Kavli Institute for Astrophysics at MIT and the Center for Astrophysics at Harvard (2010-2011), he studied extreme mass-ratio inspirals with eLISA. He joined the Physics Department at Montana State University in 2011 as an Assistant Professor, where he was recently tenured and promoted to Associate Professor. During his time at MSU, he discovered the I-Love-Q and approximate no-hair relations for neutron stars and quark starts with his postdoctoral scholar Kent Yagi. He also co-founded the eXtreme Gravity Institute and created Celebrating Einstein, a large science festival that has been enjoyed in several venues, including Bozeman, Boston, and Texas. As an Associate Professor at MSU and the eXtreme Gravity Institute, he continues to lead a vibrant research group that studies eccentric and spin-precessing compact binary inspirals in general relativity, the structure of black holes and neutron stars in modified gravity, and experimental tests of general relativity with gravitational waves. Yunes has received numerous distinctions, including the Penn State Alumni Dissertation Award, the Jurgen Ehlers International Thesis Prize, the KITP Scholar Award, the MSU Fellow in Engagement Award, the MSU Outstanding Faculty Award, and the NSF CAREER Award.