Jaydev Dave was born in Mumbai, India. He earned his B.E. degree in Biomedical Engineering from Mumbai University, India, in 2006, and his M.Sc. and Ph.D. degrees in Biomedical Engineering from Drexel University, Philadelphia, PA, in 2008 and 2012, respectively. He is currently an Associate Professor of Radiology at the Thomas Jefferson University in Philadelphia, PA. Jaydev is actively involved in ultrasound and applied physics research.

Dr. Dave’s extensive research portfolio spans different areas of medical physics. The primary focus of his research has been in a non-traditional application that he has engineered – using subharmonic ultrasound technology with microbubble contrast agents to perform non-invasive real-time pressure estimation, as a means for replacing manometer-tipped catheters, especially for cardiac applications. As a principal investigator, he has led and completed two national clinical trials investigating the use of subharmonic signals for cardiac pressure estimation. For his research, Dr. Dave has received funding and support from the National Institutes of Health, the American Heart Association and industry partners. Additionally, his scientific research is also related to his clinical imaging physicist role, majorly looking at the interplay between radiation dose and image quality. To date, his research has cumulated to several conference abstracts (100+), published conference proceedings (18), and peer-reviewed publications (35).

In addition to his research, Dr. Dave has been active in mentoring and teaching, with national and international teaching appointments/visiting professorships. He serves as a scientific reviewer for 17 scientific journals, and has also been called upon to act as an expert reviewer for national and international foundation grants, inter-society consensus documents, and draft standards. He has received numerous awards including the award for “Research excellence in recognition of outstanding dedication and achievement in heart disease and stroke research” from the American Heart Association (2015), “Dean’s award for excellence in education at Sidney Kimmel Medical College” from the Thomas Jefferson University (2017), and “Young Alumni – Emerging Leader Award” from the Drexel University (2020). Dr. Mitsuhiro Nakamura is an associate professor at Kyoto University, Kyoto, Japan.
Dr. Nakamura’s early work during the four years of his doctoral course – completed at Kyoto University in 2010 – focused on four-dimensional imaging and delivery in radiation therapy for moving tumors. He investigated physical and clinical aspects of four-dimensional computed-tomography. During this work, he developed a visual feedback system, and clinically applied this system to intensity-modulated radiotherapy in combination with breath holding at end-exhalation. This technique was used in a phase I dose-escalation study that showed a significant improvement in the median and 2-year overall survival of patients with locally advanced pancreatic cancer. Thus, this work has made a substantial contribution to improving patient outcomes.

Dr. Nakamura considers that his most meaningful contribution to date has been in the development and clinical application of the Vero system, a radiotherapy unit with an integrated real-time tumor tracking system developed by Mitsubishi Heavy Industries, Ltd., in collaboration with Kyoto University.
Vero is a gimbaled–head radiotherapy device whose unique structure with multi-image-guided radiation therapy functions has initiated two new treatment modalities, such as real-time tumor tracking radiotherapy and Dynamic WaveArc therapy.
Dr. Nakamura has played a central role in the medical physics-related development of these advances.

Among other work, Dr. Nakamura is a member of the Japanese Clinical Oncology Group (JCOG) Radiotherapy Committee, in which role he recently contributed to the development of an on-site dosimetry audit system to support quality assurance in clinical outcomes of JCOG clinical trials.

Internationally, Dr. Nakamura’s academic achievements are attested by his participation in the Global Quality Assurance of Radiation Therapy Clinical Trials Harmonisation Group and a number of other international research collaborations, including projects with Prof. Keall et al and Prof. Verellen et al.

To date, Dr. Nakamura has authored 9 book chapters. He has coauthored 101 papers in the peer-reviewed English literature, 15 as first author and 45 as corresponding author. Dr. Kuo Men is an associate professor at Cancer Hospital, Chinese Academy of Medical Sciences, Beijing, China. He did his PhD work 2014-2017 in Medical Physics at Peking Union Medical College under the supervision of Professor Jianrong Dai, and then worked as postdoctoral fellow with Professor Ying Xiao at the University of Pennsylvania. He developed a dual energy imaging technology for online cone beam CT and pioneered deep learning methods to many areas of radiotherapy. The application of these novel methods is groundbreaking and the impact in the clinics is enormous. 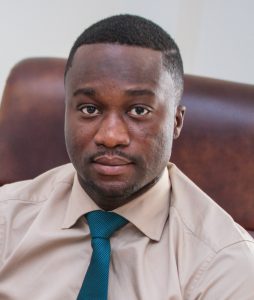 Dr. Abdul Nashirudeen MUMUNI is a Lecturer of Medical Physics and Biostatistics in the Department of Biomedical Laboratory Sciences, School of Allied Health Sciences (SAHS) of the Tamale campus of the University for Development Studies (UDS). Dr. Mumuni holds a BSc (First Class Honors) Degree in Applied Physics with Environmental Science from the UDS, an MSc (with Commendation) in Medical Physics Computing from the University of Aberdeen, UK under the CSFP/ACU Scholarship Award, and a PhD in Clinical Physics with specialization in Neuroimaging and Psychological Medicine from the University of Glasgow, UK under joint Scholarship Awards from the Scottish Imaging Network: A Platform for Scientific Excellence (SINAPSE, UK), the University of Glasgow and the Sackler Institute for Psychological Research.

Dr. Mumuni represents the SAHS-UDS on the Ghana-Norway Collaboration in Medical Physics and Radiography Education Project (NORPART), which is a research and capacity building initiative between Ghana and Norway.

Dr. Mumuni’s PhD research focused on the development of novel techniques of in vivo acquisition and quantitation of single-voxel magnetic resonance spectroscopy data from the human brain. His PhD work resulted in eight (8) peer reviewed journal articles and over ten (10) conference abstracts presented at both national and international conferences.

Dr. Mumuni’s current research focuses on the in vivo applications of medical imaging techniques, particularly Magnetic Resonance Imaging and Spectroscopy, X-ray imaging, and Computed Tomographic imaging, in quantitative studies. He also has research interest in the areas of Applied Mathematics and Physics.

Dr. Mumuni has developed and submitted a 4-year curriculum in BSc Medical Imaging Technology (BSc MIT) to the Allied Health Professions Council and the National Council for Tertiary Education for approval; the programme is planned to commence in the 2018/2019 academic year following approval and accreditation. He also plans to mount other related programmes in Medical Physics including postgraduate studies later, after the commencement of the BSc MIT programme. 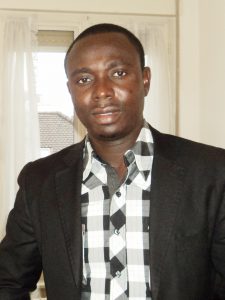 Dr. Francis Hasford is a Senior Research Scientist with the Radiological and Medical Sciences Research Institute of Ghana Atomic Energy Commission and also serves as Lecturer and Head of the Medical Physics Department of the School of Nuclear and Allied Sciences, University of Ghana. Dr. Hasford obtained his Masters and PhD degrees in Medical Physics from the University of Ghana in 2006 and 2015 respectively. His PhD thesis titled “Ultrasound and PET-CT Image Fusion for Prostate Brachytherapy Image Guidance,” was undertaken through IAEA sandwich fellowship programme between the University of Ghana and the University of Witwatersrand (South Africa). This research was performed under supervision of Prof. John Amuasi, Prof. Kwame Kyere and Prof. Mboyo Di-Tamba Vangu. Outcome of his study has been presented at national and international conferences and was adjudged best poster presentation the Maiden University of Ghana Doctoral Conference. His research interest covers medical imaging in support of radiation therapy. Dr. Hasford is the Deputy General Secretary of Ghana Society for Medical Physics, Chairman for the Education and Training Committee of the Federation of African Medical Physics Organizations (FAMPO), and Ghana’s Coordinator for the IAEA Technical Cooperation Project RAF 6044 (Medical Physics in Support of Cancer Management). In 2016, he served as visiting lecturer on behalf of the IAEA for the Medical Physics Masters Programme at the National University of Science and Technology, Bulawayo, Zimbabwe. Dr Guerda Massillon was born in Bassin-Bleu, a little town situated at the Northwest of Haiti, and moved to Port-au-Prince, the capital of Haiti to obtain a BSc in Physics from the Universite d’Etat d’Haiti in July 1996. She moved to Mexico City in 1998 where she earned an MSc in Medical Physics and a PhD from the Universidad Nacional Autonoma de Mexico (UNAM).

In February 2007 she was appointed by the Institute of Physics, UNAM as a Research Associate to work on dosimetric properties of materials exposed to high-ionization density radiation fields. Simultaneously, she granted permission to undertake 2 years post-doc at the National Institute of Standards and Technology (NIST), Gaithersburg, MD USA where she led part of the research project: “Absorbed dose measurement for low-energy photon brachytherapy Sources” collaborating with Drs. Christopher G Soares, Michael G Mitch and Ronaldo Minniti. After her return to UNAM in 2010, she was promoted as Assistant Professor. Since then, she has been concentrating on two research projects:

Since 2009, Guerda Massillon is lecturing in the Post-Graduate Program in Physical Sciences (PCF), UNAM, and has supervised several postgraduate students in Medical Physics. She was invited as Visiting Professor at NIST, USA and at Carleton University, Ottawa, Canada collaborating with Prof. David W O Rogers on Monte Carlo Applications to radiation dosimetry. Guerda Massillon has published 20 peer reviewed papers and is a regular reviewer for many journals including Phys. Med. Biol and PLoS ONE.

In 2011, Guerda Massillon has been awarded as a Fellow of the InterAmerican Network of Academies of Sciences (IANAS) for her research and scholarly competence as well as her potential for helping to strengthen science and technology capacity in the Americas and cooperation between researchers and institutions in her field of study. In Mexico, she has been recognised as National Researcher Level II from the Mexican National System of Researchers (SNI) in January 2014.

Dr. Jan-Bernd Hövener was born in Münster (Westfalen), Germany, and studied Physics and Business Informatics at the “Westfälische Willhlems Universität” in Münster. After receiving his Vordiplom (intermediate diploma) in 2001, he moved on to the University of Heidelberg. He spend two semesters abroad in France at the “Université Nice Sophia Antipolis”, where he took part in the “Maîtrise Physique” and “DESS biomedical”, including subjects on fluid dynamics and statistical physics.

After returning to Heidelberg, he finished the final exams and carried out his diploma thesis with Prof. Bachert at German Cancer Research Center (DKFZ) entitled “Development of a technique to determine non-invasively the total content of N-Acetly-L-Aspartate in the human brain in vivo”. This work was the starting point for a joint research project with Prof. Gass (Mannheim) and Prof. Gonen (New York). In the course of this project, Dr. Hövener spend several month followed by multiple visits as a visiting scientist in the lab of Prof. Gonen at New York University (NYU).

During this time, he contributed essentially to the development and application of parahydrogen-based hyperpolarization of biomolecules, which is reflected by several manuscripts, conference contributions and awards.

Building on the existing contacts, Dr. Hövener was invited by Prof. Hennig in 2009 to implement an entirely new hyperpolarization program in Freiburg. In the same year, the concept of this endeavour was voted “best talk” at the Annual Meeting of the Int. Society of Magnetic Resonance in Medicine (ISMRM), German Chapter, in Basel, Switzerland.

In 2010, Dr. Hövener was admitted to the Academy of Excellence of the German Science Foundation (DFG). Supported by this award, Dr. Hövener was able to expand his group and to date has supervised more than ten students, is teaching in Freiburg and has published more than 15 papers and numerous peer-reviewed or invited conference contributions. His standing in the scientific community is reflected by his election to the board of the ISMRM German Chapter and his function as reviewer for scientific journals and funding agencies (including e.g. Angewandte Chemie int. ed., e.g.).

The preliminary peak of work is represented by the discovery of the effect of continuous hyperpolarization, which was subject of several press releases and found a broad echo in the national news media. His future potential and past accomplishments were recognized by the admission to the Emmy-Noether Program (ENP) of the DFG. The ENP is awarded to internationally experienced scientists in order to accelerate the academic carrier towards scientific independence (> 1,000,000 €).

In his leisure time, Dr. Hövener teaches sailboat racing to children, organizes sailing camps and, time permitting, competes himself. He enjoys all sorts of water sports, mountain biking, running before or after work and swimming in the next lake.