Young Scientist Award for the Commission on Plasma Physics (C16) for the year 2020 is awarded to: Dr. Joaquim Loizu is a researcher and lecturer at the Swiss Plasma Center (SPC) of the École Polytechnique Fédérale de Lausanne (EPFL). He graduated in Physics from EPFL in 2009, carrying out his master thesis project at the Center for Bio-Inspired Technology, Imperial College London, on the theoretical and numerical study of the biophysics of light-sensitive neurons. He then joined the SPC for his doctoral studies on “The role of the sheath in magnetized plasma turbulence and flows” and obtained his PhD in 2013. After that, he spent one year at the Princeton Plasma Physics Laboratory and one year at the Max-Planck-Institute for Plasma Physics (IPP) in Greifswald. During this time, he worked on 3D MHD, studying the formation of singular currents and magnetic islands at rational surfaces. In 2016, he obtained an EUROfusion Postdoctoral Fellowship to carry out research at IPP-Greifswald, focusing on the computation of 3D MHD equilibria in stellarators. In 2018, he joined the SPC as a Scientist. He is also one of the leaders of the Simons Collaboration on Hidden Symmetries and Fusion Energy. His current research interests include MHD equilibrium and stability, magnetic reconnection, self-organization, non-neutral plasmas, plasma sheaths, and plasma transport in chaotic magnetic fields.

His citation reads: ‘In recognition of his seminal work in the fundamental understanding of three-dimensional magneto-hydrodynamic equilibria and of the interaction of a plasma with a solid wall.’

Young Scientist Award for the Commission on Plasma Physics (C16) for the year 2019 is awarded to: Istvan Cziegler is a lecturer in the York Plasma Institute of the Department of Physics at the University of York. He completed his undergraduate studies at the Eötvös Loránd University (Hungary) in atomic and molecular physics earning an MSc with honors for studies on edge plasma modes and hydrodynamic chaos. He received his PhD in physics from the Massachusetts Institute of Technology (MA, USA) for a thesis in the area of turbulence and transport phenomena in fusion plasmas. During his graduate studies he built an ultra-fast imaging system and developed analysis techniques for turbulence nonlinearity which allowed him to resolve the fine time structure of turbulence phase transitions. His main research interests include self-organization, transport, and spectral transfer phenomena in plasma turbulence, core and edge coupling in fusion grade plasmas of tokamak and spherical torus devices, alternative regimes of high confinement operation, and the development and exploitation of optical plasma diagnostics.

His citation reads: ‘For his major contributions to the understanding of coupling between plasma flows and turbulence, especially with regard to their role in transitions between tokamak confinement states which are central to the achievement of fusion energy.’

Young Scientist Award for the Commission on Plasma Physics (C16) for the year 2018 is awarded to: 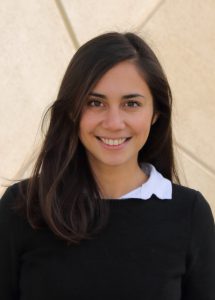 Eleonora Viezzer is awarded the 2018 IUPAP Young Scientist Prize in Plasma Physics for her exceptional contribution in the field of confined fusion plasma physics combining theoretical models and experiment.

Eleonora Viezzer studied physics and mathematics at the Leopold-Franzens University of Innsbruck and at the Ludwig-Maximilian University of Munich. She did her PhD thesis “Radial electric field studies in the plasma edge of ASDEX Upgrade” at the Max Planck Institute for Plasma Physics in Garching, Germany and received her doctorate from the Ludwig-Maximilian University of Munich in 2013. During her PhD thesis she built a high-resolution edge charge exchange recombination spectroscopy diagnostic suite which allowed her to unravel the nature of the radial electric field and the existence of poloidal impurity asymmetries. Following her thesis work, she did a Postdoc at the Max Planck Institute for Plasma Physics with a EUROfusion Researcher fellowship. In 2016, she started her academic career with a tenure track position and a Marie Sklodowska Curie grant at the University of Seville where she is currently leading a research group on tokamak plasma edge physics.

Young Scientist Award for the Commission on Plasma Physics (C16) for the year 2016 was awarded to: 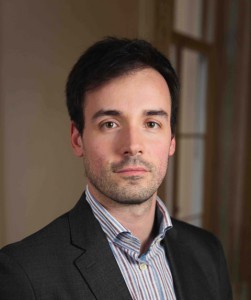 Sam Vinko received his Master’s degree from the University of Rome Tor Vergata (Italy) in 2007, and his doctorate from the University of Oxford (UK) in 2011 working with Prof. Justin Wark, investigating the interaction of intense XUV light with solid-density matter on the FLASH free-electron laser (FEL) in Hamburg (Germany). He was awarded the Culham thesis prize from the UK Institute of Physics for this work in 2012. As a postdoctoral researcher at the University of Oxford he worked extensively on the Linac Coherent Light Source FEL in Stanford (USA), showing how intense X-rays could be used to create and study plasmas at temperatures and densities similar to those found half-way towards the centre of the Sun, with exquisite precision and control. Dr. Vinko was awarded a Royal Society University Research Fellowship in 2014 and now leads a research group at the University of Oxford focused on investigating matter in extreme conditions using X-ray FEL sources. He shared the 2015 Dawson Award for Excellence in Plasma Physics Research, awarded by the American Physical Society for outstanding achievement in plasma physics.

His Citation reads : ‘In recognition of his seminal contributions in using the world’s first hard x-ray free electron laser to create and diagnose solid density plasmas, and for new insights into the electronic structure and collisional dynamics of such systems.’

Young Scientist Award for the Commission on Plasma Physics (C16) for the year 2015 was awarded to:

Livia Lancia
For experimental contributions to our understanding of laser-matter interaction phenomena, including Brillouin amplification of laser beams and magnetic fields self-generation in plasmas.

Christian Theiler
For the award for pioneering work on the physics of the edge of magnetically confined plasmas and its influence on fusion performance and on the interaction between the plasma and the surrounding material walls.