The C3 Commission is pleased to announce that the Young Scientist Award for 2019 will be awarded during STATPHYS27 to Lucile Savary, Manlio De Domenico and Alexandre Solon. 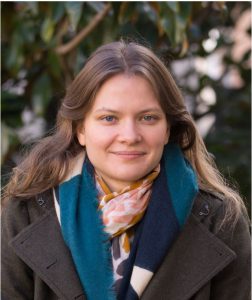 Lucile Savary
For her pioneering contributions to our understanding of complex quantum states of matter, with particular reference to quantum spin liquids

Lucile Savary is a permanent CNRS researcher in condensed matter theory at the Laboratoire de physique at ENS de Lyon. Before moving there, she was a PhD student at the University of California, Santa Barbara, and a Gordon and Betty Moore postdoctoral fellow at MIT. Alexandre Solon For his outstanding theoretical contributions to the development of non-equilibrium statistical physics and the field of active matter.

Alexandre Solon received in 2015 a PhD in Theoretical Physics from Université Paris-Diderot in which he studied several aspects of the statistical mechanics of active matter under the supervision of Dr. Julien Tailleur. In particular, a large part of his PhD work focused on understanding the transition to collective motion, as exhibited in the Vicsek model, and elucidating the particular properties of the mechanical pressure exerted by active fluids. He was then appointed “Physics of Living Systems” postdoctoral fellow at MIT where he continued his research on active matter and other nonequilibrium systems. His main contributions during this time concern the understanding of motility-induced phase separation and of the optimal thermodynamic protocols minimizing fluctuations. Since October 2018, Alexandre is a CNRS research scientist working in Sorbonne Université in Paris.

The C3 Commission is pleased to announce that the Young Scientist Award for 2016 will be awarded during STATPHYS26 to Lisa Manning and Martin Lenz. 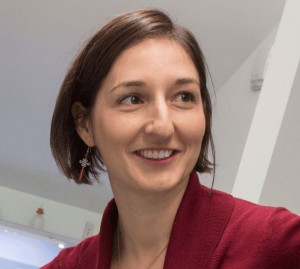 In recognition of her outstanding statistical physics contributions to the fields of granular materials, jamming, and biological cell dynamics.

Manning has become a clear leader in the community studying glassy dynamics and jamming, and has also established the importance of these phenomena to biological tissues. In glasses, she has used random matrix theory to uncover universal vibrational properties, and has identified soft vibrational modes as harbingers of local failure. In biology, she has explored the competition between cell-­‐cell adhesion and cortical tension to understand surface tension at the tissue level. Further, she discovered that this competition controls a new rigidity transition in tissues, a startling new member of the jamming transition family that is relevant to asthma and likely also to embryogenesis, tumorigenesis, and wound healing. For his remarkable creativity in using active processes in living cells as a rich source  of new ideas in statistical physics. At the same time, he shows how these ideas can inspire new thinking in biology proper.

Lenz’ main contributions concern two quite different but ultimately related areas: the structure and dynamics of the cytoskeleton on the one hand, and the mechanics of protein-­‐induced remodelling of the cell membrane on the other hand. Both of these problems involve understanding how non-­‐equilibrium driving forces establish the structure of the cell. In these problems, the existing knowledge of the biological actors at the molecular scale is still only partial, and Lenz has displayed great subtlety in producing robust theoretical results in sensitive to unknown molecular details.